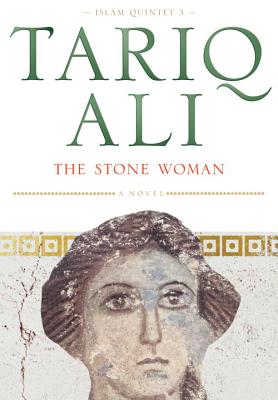 Each year, when the weather in Istanbul becomes unbearable, the family of Iskender Pasha, a retired Ottoman notable, retires to its summer palace overlooking the Sea of Marmara. It is 1899 and the last great Islamic empire is in serious trouble. A former tutor poses a question which the family has been refusing to confront for almost a century: Your Ottoman Empire is like a drunken prostitute, neither knowing nor caring who will take her next. Do I exaggerate, Memed? The history of Iskender Pasha's family mirrors the growing degeneration of the Empire they have served for the last five hundred years. This passionate story of masters and servants, school-teachers and painters, is marked by jealousies, vendettas and, with the decay of the Empire, a new generation which is deeply hostile to the half-truths and myths of the golden days.
"The Stone Woman" is the third novel of Tariq Ali's Islam Quartet . Like its predecessors "Shadows of the Pomegranate Tree" and "The Book of Saladin "its power lies both in the story-telling and the challenge it poses to stereotyped images of life under Islam.

Praise For The Stone Woman…

&ldquo;A richly woven tapestry that, even before its completion, merits comparison with Naguib Mahfouz's celebrated Cairo Trilogy. A great work in progress.&rdquo;—Kirkus Reviews

&ldquo;Ali spins a web of tales that is as inventive and fantastical as the Arabian nights.&rdquo;—The Times

&ldquo;Tales of anguish, longing, lust and lvoe all find their way to The Stone Woman ? Ali paints a vivid picture of a fading world.&rdquo;—New York Times Book Review

&ldquo;This Chekhov-like scenario of intense emotion within a creaking social structure constructs a rich picture of history and the way we think about history.&rdquo;—Times Literary Supplement

Tariq Ali is a writer and filmmaker. He has written more than a dozen books on world history and politics including "Pirates of the Caribbean," "Bush in Babylon," "The Clash of Fundamentalisms" and "The Obama Syndrome" as well as five novels in his Islam Quintet series and scripts for the stage and screen. He is an editor of the "New Left Review" and lives in London."
Loading...
or
Not Currently Available for Direct Purchase