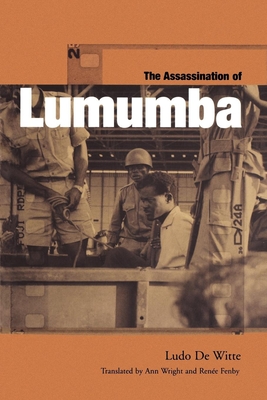 The Assassination of Lumumba

Patrice Lumumba, first prime minister of the Republic of Congo and a pioneer of African unity, was murdered on 17 January 1961.

Democratically elected to lead the Mouvement National Congolais, the party he founded in 1958, Lumumba was at the centre of the country&rsquo;s growing popular defiance of the colonial rule of oppression imposed by Belgium. When, in June 1960, independence was finally won, his unscheduled speech at the official ceremonies in Kinshasa received a standing ovation and made him a hero to millions. Always a threat to those who sought to maintain a covert imperialist hand over the country, however, he became within months the victim of an insidious plot and was arrested and subsequently tortured and executed.

This book unravels the appalling mass of lies, hypocrisy and betrayals that have surrounded accounts of the assassination since it perpetration. Making use of a huge array of official sources as well as personal testimony from many of those in the Congo at the time, Ludo De Witte reveals a network of complicity ranging from the Belgian government to the CIA. Chilling official memos which detail &lsquo;liquidation&rsquo; and &lsquo;threats to national interests&rsquo; are analysed alongside macabre tales of the destruction of evidence, putting Patrice Lumumba&rsquo;s personal strength and his dignified quest for African unity in stark contrast with one of the murkiest episodes in twentieth-century politics.

Praise For The Assassination of Lumumba…

&ldquo;De Witte has assembled a staggering amount of detail to support his allegations of direct government participation in Lumumba's murder.&rdquo;—Washington Post Book World

&ldquo;De Witte has performed an important service in establishing the facts of Lumumba&rsquo;s last days and Belgium&rsquo;s responsibility for what happened.&rdquo;—New York Review of Books

&ldquo;De Witte writes without stylish frills or narrative tricks, but this is a vivid and utterly compelling account of a nation strangled at birth by the West.&rdquo;—Ronan Bennett, Los Angeles Times

&ldquo;De Witte&rsquo;s book, politically passionate as it is, is an unignorable effort to bring the West face to face with its culpability in this entire sad and sanguinary tale.&rdquo;—Richard Bernstein, New York Times

&ldquo;One Belgian author has triumphed over decades of official obfuscation: Belgium did collude in Patrice Lumumba&rsquo;s assassination ... It raises questions about Western policy in Africa that will reverberate for decades to come.&rdquo;—Michela Wrong, Financial Times

&ldquo;Whilst the battle for control over the resources of the Congo (now DR Congo) continues today this important book restores Congolese history and saves it from the official version peddled by those directly implicated in the affair.&rdquo;—New Internationalist

Ludo De Witte is a sociologist and a writer. He is author of the Dutch work Crisis in Kongo and has researched two broadcast television documentaries on Patrice Lumumba.
Loading...
or support indie stores by buying on