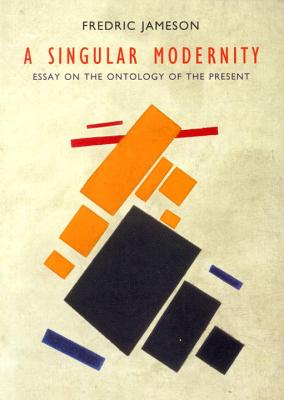 Essay on the Ontology of the Present

The concepts of modernity and modernism are amongst the most controversial and vigorously debated in contemporary philosophy and cultural theory. In this new intervention, Fredric Jameson—perhaps the most influential and persuasive theorist of postmodernity—excavates and explores these notions in a fresh and illuminating manner.

The extraordinary revival of discussions of modernity, as well as of new theories of artistic modernism, demands attention in its own right. It seems clear that the (provisional) disappearance of alternatives to capitalism plays its part in the universal attempt to revive ‘modernity’ as a social ideal. Yet the paradoxes of the concept illustrate its legitimate history and suggest some rules for avoiding its misuse as well.

In this major new interpretation of the problematic, Jameson concludes that both concepts are tainted, but nonetheless yield clues as to the nature of the phenomena they purported to theorize. His judicious and vigilant probing of both terms—which can probably not be banished at this late date—helps us clarify our present political and artistic situations.

Jean Baudrillard (1929-2007) began teaching sociology at the Universite de Paris-X in 1966. He retired from academia in 1987 to write books and travel until his death in 2007. His many works include "Simulations and Simulacra," "America," "The Perfect Crime," "The System of Objects," "Passwords," "The Transparency of Evil," "The Spirit of Terrorism," and "Fragments," among others.

Walter Benjamin was a German-Jewish Marxist literary critic, essayist, translator, and philosopher. He was at times associated with the Frankfurt School of critical theory and is the author of "Illuminations," "The Arcades Project," and "The Origin of German Tragic Drama."

Andrew Boyd is a writer and activist living in New York. He is the author of "Life's Little Deconstruction Book: Self-Help for the Post-Hip"

Bertolt Brecht (1898-1956) was a German poet, playwright, and theater director. An influential theater practitioner of the 20th century, Brecht made equally significant contributions to dramaturgy and theatrical production, the latter particularly through the seismic impact of the tours undertaken by the Berliner Ensemble--the post-war theater company operated by Brecht and his wife and long-time collaborator, the actress Helene Weigel--with its internationally acclaimed productions.

Christopher Hill (1912-2003) was educated at Balliol College, Oxford, and later became Master of the college. His celebrated and influential works include "Intellectual Origins of the English Revolution," " The World Turned Upside Down "and" A Turbulent, Seditious and Fractious People: John Bunyan and His Church."

A Fellow of the British Academy and the American Academy of Arts and Sciences, Eric Hobsbawm is the author of more than twenty books of history, including "The Age of Revolution" and "The Age of Extremes." He lives in London.

Praise For A Singular Modernity: Essay on the Ontology of the Present…