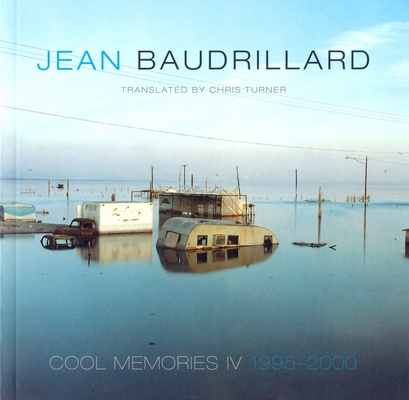 Baudrillard’s work of the last two decades has downplayed the position of the critical subject and gone over to the standpoint of the object. Nowhere is this objective (non-)critique which results so clearly played out as in the Cool Memories series.

Here again, in this fourth collection of fragments and sketches, Baudrillard’s stance is less that of the interventionist intellectual analysing the world as critical subject than of the barely participant observer, an object among objects, an ‘internal exile’, watching the world ‘world itself’ with such fierce insistence, yet registering with acuity our general deficit of reality and meaning.

“The most important French thinker of the past twenty years.”—J. G. Ballard