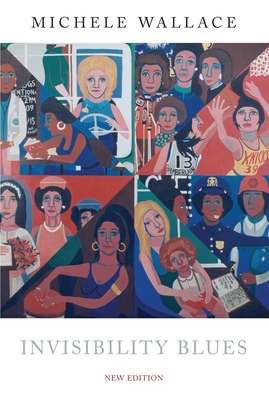 From Pop to Theory (Haymarket Series)

First published in 1990, Michele Wallace’s Invisibility Blues is widely regarded as a landmark in the history of black feminism. Wallace’s considerations of the black experience in America include recollections of her early life in Harlem; a look at the continued underrepresentation of black voices in politics, media, and culture; and the legacy of such figures as Zora Neale Hurston, Toni Cade Bambara, Toni Morrison, and Alice Walker. Wallace addresses the tensions between race, gender, and society, bringing them into the open with a singular mix of literary virtuosity and scholarly rigor.

With an updated introduction, this new edition of Invisibility Blues challenges and informs with the plain-spoken truth that has made it an acknowledged classic.

Praise For Invisibility Blues: From Pop to Theory (Haymarket Series)…

“Invisibility Blues shows why Michele Wallace has long been at the forefront of African-American cultural criticism.”—Henry Louis Gates, Jr.

“Michele Wallace is one of the most talented and provocative cultural critics now writing in the USA. Listen and learn!”—Cornel West

“Michele Wallace keeps her eyes open and her wits about her. Scrupulously fair, honest, clever and wise.”—Angela Carter

“Invisibility Blues is a warm book, even a hopeful one. Simultaneously confident and vulnerable, full of hard-earned insights into American culture and un-starry-eyed evaluations of the available role models, it is the unfinished saga of a proud outsider trying to make a place for herself and her sisters.”—Lucy R. Lippard

Michele Wallace earned her Ph.D. in Cinema Studies at New York University. She is a professor of English at the City College of New York and the CUNY Graduate Center. Her seminal book Black Macho and the Myth of the Superwoman is also available from Verso.

Michael Sprinker was Professor of English and Comparative Literature at the State University of New York at Stony Brook. His Imaginary Relations: Aesthetics and Ideology in the History of Historical Materialism and History and Ideology in Proust are also published by Verso. Together with Mike Davis, he founded Verso’s Haymarket Series and guided it until his death in 1999.
Loading...
or
Not Currently Available for Direct Purchase