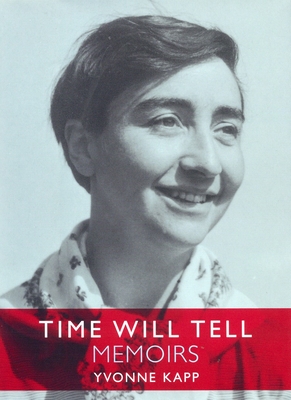 Yvonne Kapp, best known today for her biography of Eleanor Marx, was a remarkable woman whose life spanned virtually the entire twentieth century. Time Will Tell charts her life: ‘enfant terrible’ in London, the literary editor of Vogue in France in the late 1920s, work for anti-fascist refugee committees in 1930s’ London, research for the Amalgamated Engineering Union and the British Medical Research Council, then, in her later years, work as a translator and a biographer.

Kapp is a gifted writer on the details of family life and a fine recorder of shifting political and cultural patterns. Accounts of the many encounters she had with various important figures—Quentin Bell, Rebecca West, Paul Robeson, John Heartfield, Melanie Klein and Herbert Morrison, to name only a few—are expertly woven into the fascinating story of her own life. This is the autobiography of a woman who took issue with the dominant political movements of her age, with Fascism and with Communism, while at the same time reflecting on the changing cultural and political climate in Britain during her lifetime.
or
Not Currently Available for Direct Purchase
Copyright © 2020 American Booksellers Association