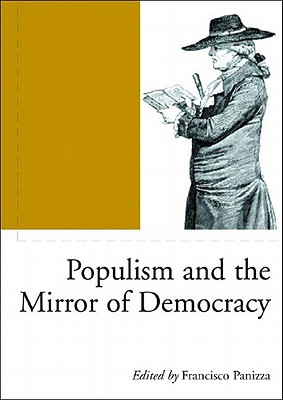 Populism and the Mirror of Democracy

Populism raises awkward questions about modern forms of democracy. It often represents the ugly face of the people. It is neither the highest form of democracy nor its enemy. It is, rather, a mirror in which democracy may contemplate itself, warts and all, in a discovery of itself and what it lacks.This definitive collection, edited by one of the worlds pre-eminent authorities on populism, Francisco Panizza, combines theoretical essays with a number of specially commissioned case studies on populist politics.


Praise For Populism and the Mirror of Democracy…

“A wide ranging and well-constructed re-evaluation of a vital but intractable category ... This volume helps to reinvigorate a long tradition of comparative political analysis that deserves to regain a more central place in mainstream political science.”—Laurence Whitehead

“Sheds new light on the surprising resurgence of populism in this era of globalization. With its penetrating analyses of populist discourse in a wide range of countries, the book is insightful and sophisticated. Recommended reading for all observers of contemporary politics!”—Kurt Weyland

Francisco Panizza is Senior Lecturer in the Department of Government at the London School of Economics and Political Science. He has written extensively on populism and democracy in contemporary Latin America and is currently working on a book on politics and modernity in the region.

Ernesto Laclau is Professor of Political Theory in the Department of Government, University of Essex, and Distinguished Professor for Humanities and Rhetorical Studies at Northwestern University. He is the author of, amongst other works, "Hegemony and Socialist Strategy" (with Chantal Mouffe), "New Reflections of the Revolution of Our Time," "The Populist Reason," "Contingency, Hegemony, Universality" (with Judith Butler and Slavoj Zizek), and "Emancipation(s)."

Chantal Mouffe is a Senior Research Fellow at the Centre for the Study of Democracy at the University of Westminster. Her books include "The Return of the Political"; "Hegemony and Socialist Strategy" (with Ernesto Laclau); "The Dimensions of Radical Democracy"; "Gramsci and Marxist Theory"; "Deconstruction and Pragmatism"; "The Democratic Paradox"; and "The Challenge of Carl Schmitt," all from Verso.
Loading...
or
Not Currently Available for Direct Purchase