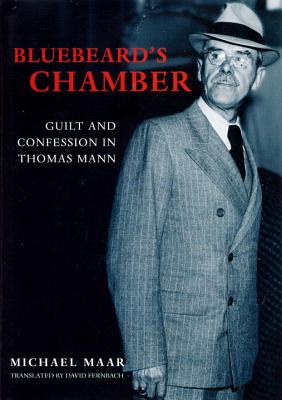 Guilt and Confession in Thomas Mann

Over the last twenty years, much critical discussion of Thomas Mann has highlighted his homosexuality. This not only is presented as a dynamic underlying Mann&rsquo;s creative work, but also is the supposed reason for the theme of guilt and redemption that grew ever stronger in Mann&rsquo;s fiction, and for his panic in 1933 that his early diaries would fall into the hands of the Nazis.

Michael Maar mounts a devastating forensic challenge to this consensus: Mann was remarkably open about his sexual orientation, which he saw as no reason for guilt. But sexuality in Mann&rsquo;s work is inextricably bound up with an eruption of violence. Maar pursues this trail through Mann&rsquo;s writings and traces its origins back to Mann&rsquo;s second visit to Italy, during which the Devil appeared to him in Palestrina. Something happened to the twenty-one-year-old Thomas Mann in Naples that marked him for life with a burdensome sense of guilt...but what exactly was it?

Praise For Bluebeard's Chamber: Guilt and Confession in Thomas Mann…

&ldquo;Germany&rsquo;s most gifted literary critic of the younger generation.&rdquo;—London Review of Books

Michael Maar has taught at Stanford University and is a member of two German academies. A leading literary critic, he now lives in Berlin.
or
Not Currently Available for Direct Purchase