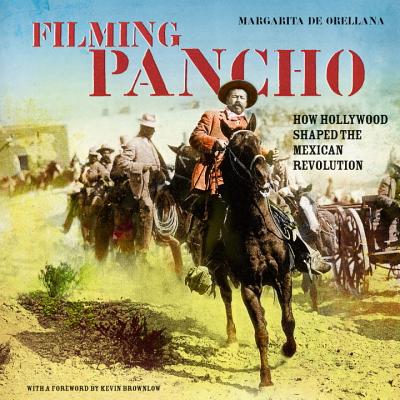 How Hollywood Shaped the Mexican Revolution

On January 3, 1914, Pancho Villa became Hollywood’s first Mexican superstar. In signing an exclusive movie contract, Villa agreed to keep other film companies from his battlefield, to fight in daylight wherever possible, and to reconstruct battles if the footage needed reshooting.

Through memoir and newspaper reports, Margarita De Orellana looks at the documentary film-makers who went down to cover events in Mexico. Feature film-makers in Hollywood portrayed the border as the dividing line between order and chaos, in the process developing a series of lasting Mexican stereotypes—the greaser, the bandit, the beautiful señorita, the exotic Aztec. Filming Pancho reveals how Mexico was constructed in the American imagination and how movies reinforced and justified both American expansionism and racial and social prejudice.


Praise For Filming Pancho: How Hollywood Shaped the Mexican Revolution…

“Filming Pancho takes film seriously. It requires a knowledgeable historian like Margarita De Orellana to make sense of it all, to tell us who is who, and why what we are watching is significant.”—Kevin Brownlow

“A first-rate contribution to the history of cinema and cinematographic technique.”—Friedrich Katz

John King is Professor of Latin American Cultural History at the University of Warwick.
Loading...
or
Not Currently Available for Direct Purchase