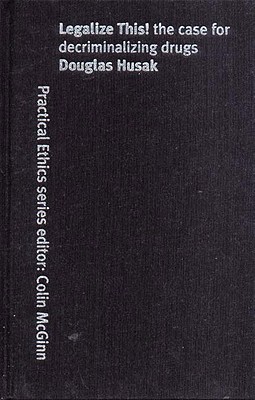 The Case for Decriminalizing Drugs

Recreational drug users (other than those who take harmful substances like alcohol and tobacco) are regularly imprisoned. Nearly half a million drug offenders are incarcerated in US jails, more than the total number of prisoners in 1980 and more than the entire EU prison population. In some states more is spent on maintaining the prison system than on education. Current drug policies lead to immense personal suffering, as well as police corruption, organized crime, and contempt for the law, and make drugs more dangerous because they are illegal and thus not subject to proper controls. Politicians from all sides of the political spectrum are beginning to ask: is it worth it?

In arguing that criminalization is unjust, Douglas Husak explodes many of the myths that surround drug use. In some years, more than half of high school seniors take drugs, yet the US is not overrun with drug-crazed addicts. Horror stories of the dangers of drug use abound, but the truth is more prosaic; although recreational drugs are sometimes bad for users, there are between 80 and 90 million US citizens who have used illicit drugs without ill effects.


Praise For Legalize This!: The Case for Decriminalizing Drugs…

“In his remarkable book, philosopher and legal scholar Doug Husak brings the drug debate to a new level. Avoiding hyperbole, he reasons along lines that should appeal to the majority of just, sensible human beings. That he does this so well is perhaps the more remarkable because, justifiably so, he is outraged at the incarceration of, and threats to, Americans whose entire identified criminal behavior is using a substance other people dislike.”—Stanton Peele

Douglas Husak is Professor of Philosophy and Law at Rutgers University. He is the author of "Drugs and Rights "and" Philosophy of Criminal Law."
Loading...
or
Not Currently Available for Direct Purchase