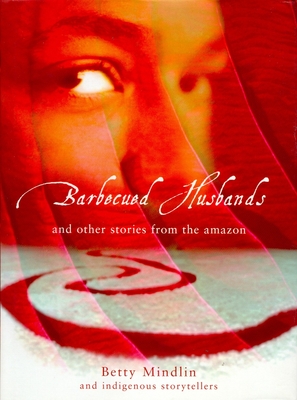 And Other Stories from the Amazon

The indigenous tribes of the Brazilian rainforests are on the verge of extinction. It was feared that the narratives which had sustained them over centuries might die with them. Betty Mindlin was determined to record these legends and the result is a startling piece of anthropology. Mindlin, inspired by the work of Claude Levi-Strauss, has shown that what often appears to be the creation of a fantastical, isolated imagination is just a fragment, part of a much larger whole.

The stories recounted in Barbecued Husbands are as old as humanity: love and hate, jealousy and revenge, life after death, totems and taboos, erotic solitude, romantic love, mothers and daughters, masculinity. All this is discussed with an openness that would surprise a Western psychoanalyst. Most of the stories were narrated by tribespeople in their own languages and the translations were carefully checked with them before they appeared in print. The collaboration between the author and the narrator is close throughout, making this book a unique document and an important reference work. Reading like a novel, this is an oral history suffused with magic realism.

Praise For Barbecued Husbands: And Other Stories from the Amazon…

“A rich mythology has been gathered from peoples about whom we know nothing ... an impressive collection that will rank among the great classics of Amerindian mythology. I enjoyed it very much.”—Claude Levi-Strauss