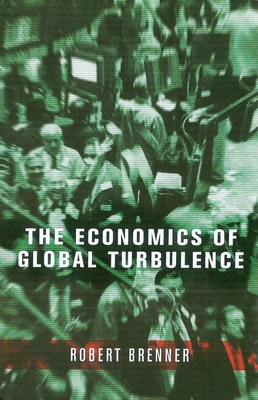 The Economics of Global Turbulence

The Advanced Capitalist Economies from Long Boom to Long Downturn, 1945-2005

For years, the discipline of economics has been moving steadily away from the real world towards formalized axioms and mathematical models with only a precarious bearing on actuality. Commentators seek to fill the gap as best they can, but in the absence of real background scholarship, journalism is vulnerable to the myopias of fashion and immediacy. The deeper enigmas of post-war development remain in either case largely untouched.

Bringing together the strengths of both the economist and the historian, Robert Brenner rises to this challenge. In this work, a revised and newly introduced edition of his acclaimed New Left Review special report, he charts the turbulent post-war history of the global system and unearths the mechanisms of over-production and over-competition which lie behind its long-term crisis since the early 1970s, thereby demonstrating the thoroughly systematic factors behind wage repression, high unemployment and unequal development, and raising disturbing and far-reaching questions about its future trajectory.

Praise For The Economics of Global Turbulence: The Advanced Capitalist Economies from Long Boom to Long Downturn, 1945-2005…

“Here, at last … something good out of the left.”
—Wall Street Journal

Robert Brenner is Director of the Center for Social Theory and Comparative History at UCLA. He is the author of The Boom and the Bubble, Merchants and Revolution, The Economics of Global Turbulence and co-editor of Rebel Rank and File.
Loading...
or
Not Currently Available for Direct Purchase