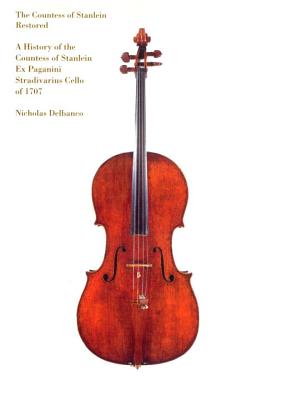 The Countess of Stanlein Restored

It is a truth universally acknowledged that Antonio Stradivari of Cremona (1644–1737) was the noblest of bowed wooden stringed instrument makers. His work remains the Platonic ideal and template for contemporary ‘luthiers’; present day technology may hope to match but not alter the standard of such craftsmanship. Extant examples of the master’s instruments are numerous—but cellos from the ‘great period’ (1707–1720) are relatively few. The Countess of Stanlein-ex Paganini Stradivarius violoncello of 1707 is one of the best known in this exalted group. It has been copied often, physically dissected, discovered in a barrow on its way to a municipal dump, owned by Paganini, and applauded in hall after hall.

Today the ‘Stanlein’ belongs to the cellist Bernard Greenhouse. In his eighties and semi-retired, he determined ‘to give back something of value to the world of music that had given him so much.’ In September 1998 he deposited the cello in the New York atelier of virtuoso luthier Rene Morel. The craft of instrument repair remains rooted in tradition; its practitioners belong to a quasi-mediaeval guild. Morel began a complete restoration of the instrument, a painstaking and meticulous enterprise that took him nearly two years. This book tracks that process—the intricacies, anxieties and pleasures that precede the cello’s triumphal unveiling at the World Cello Congress in June 2000. Its subject is a work of art that must prove nonetheless functional, for the Countess of Stanlein-ex Paganini Stradivarius is only itself when played.

Nicholas Delbanco is a British-born American who received his BA from Harvard and his MA from Columbia University. He currently directs the Hopwood Awards Program and is the Robert Frost Distinguished University Professor of English at the University of Michigan. An editor and author of more than twenty books, Delbanco has received numerous awards—among them a Guggenheim Fellowship and two Writing Fellowships from the National Endowment for the Arts.
Loading...
or
Not Currently Available for Direct Purchase