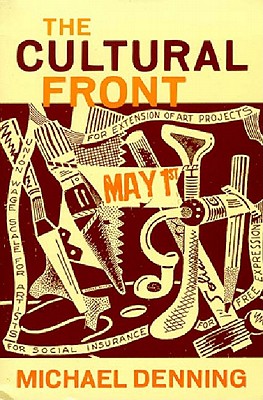 The Laboring of American Culture in the Twentieth Century

A major reassessment of US cultural history, The Cultural Front is a vivid mural of this extraordinary upheaval which reshaped American culture in the twentieth century.


Praise For The Cultural Front: The Laboring of American Culture in the Twentieth Century…

“A truly wonderful piece of history.”—Susan Douglas, The Progressive

“An immense achievement ... the most important book yet written on American culture in the age of the CIO.”—Michael Rogin, Journal of American History

“As fresh a synthesis of the distinctive culture of the 1930s and 1940s as you are likely to find anywhere.”—Christopher Benfey, Times Literary Supplement

Michael Denning teaches American Studies at Yale University. He is the author of "Mechanic Accents," "Cover Stories," "Culture in the Age of Three Worlds," and "The Cultural Front."
Loading...
or
Not Currently Available for Direct Purchase