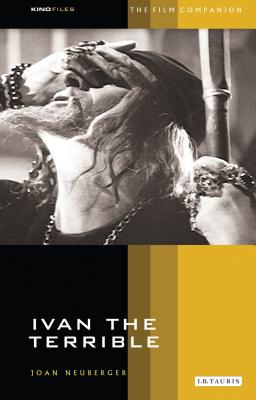 Eisenstein's last, unfinished masterpiece is a strange, complex and haunting film. Commissioned personally by Stalin in 1941, the project placed Eisenstein in the paradoxical situation of having to glorify Stalinist tyranny in the image of Ivan, without sacrificing his own artistic and political integrity - or his life. Drawing on sources that include Eisenstein's personal archive and the memoirs of those involved in Ivan's making, Joan Neuberger's vivid account reveals how, in almost impossible circumstances, he managed to create a film of cinematic innovation, intellectual depth and political critique. She reveals the film to be both a great work of art and a product of the time and place in which it was made.

Joan Neuberger is Professor of History and Director of the Russian, East European and Eurasian Centre, The University of Texas at Austin.
or
Not Currently Available for Direct Purchase
Copyright © 2020 American Booksellers Association