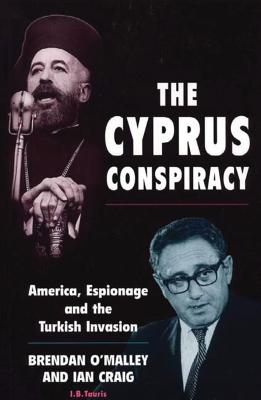 America, Espionage and the Turkish Invasion

In 1974 the Greek colonels ousted the Greek-Cypriot leader of Cyprus, Archbishop Makarios, and Turkey retaliated by invading and seizing a third of the island. Cyprus remains split in two, like Berlin before the wall came down, bristling with troops and spying bases, and permanently policed by the United Nations. Henry Kissinger claimed he could do nothing to stop the coup because of the Watergate crisis, but this book presents evidence to support the view that it was no failure of American foreign policy, but the realization of a long-term plot. The authors describe the strategic reasons for Washington's need to divide the island. Their account encompasses an international cast of characters that includes Eden, Eisenhower, Nixon, Kissinger, Wilson, Callaghan, Grivas, and the leaders of the two halves of the divided island, Clerides and Denktas.

Brendan O'Malley is Foreign Editor of the Times Educational Supplement and Ian Craig is Political Editor of the Manchester Evening News.

Praise For The Cyprus Conspiracy: America, Espionage and the Turkish Invasion…

Offers a useful angle from which to explore the fall of the British empire and the rising influence of its American superpower rival. Times Educational Supplement