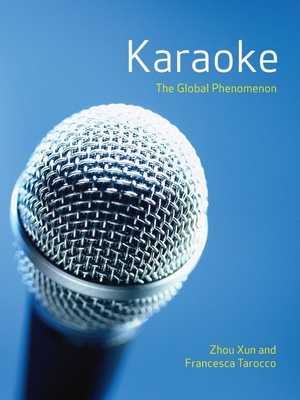 Dancing Queen. Respect. Brandy (You’re a Fine Girl). There are some songs so infectious that you can’t help but belt out the lyrics along with the singer. Karaoke—meaning “empty orchestra” in Japanese—gets rid of the singer and leaves you in the spotlight alone. It is the social manifestation of our desire to sing, in tune or out, and in three short decades, it has exploded into a worldwide craze. In this unprecedented study, Zhou Xun and Francesca Tarocco engagingly examine karaoke and all its associated kitsch, crime, and weirdness.

Usually thought of as the pastime of desperately bad singers and slurring drunks, karaoke has never enjoyed a particularly stellar image. Xun and Tarocco, however, reveal its surprisingly complex history and significant cultural impact around the world. Originating in postwar Japan, karaoke soon spread to Southeast Asia and the West. Karaoke traces how it became a wildly successful social phenomenon that constantly evolved to keep pace with changes in technology and culture. Drawing on extensive research and international travels, the authors chart the varied manifestations of karaoke, from karaoke taxis in Bangkok to nude karaoke in Toronto to the role of karaoke in prostitution. Extensive personal anecdotes reveal the dramatic range of social experiences made possible by karaoke and how the obsession with performance and song has touched politics, history, and pop culture throughout global society.

Karaoke bars are at the heart of rich escapist fantasies and the authors—in readable fashion and using vibrant full-color illustrations—document this unpredictable fantasy world and the people who inhabit it. Karaoke,therefore, will delight anyone who has had the courage to take the mike and front the “empty orchestra.”


Praise For Karaoke: The Global Phenomenon…

"In their serious but not ponderous study of a worldwide phenomenon, Xun and Tarocco indicate that karaoke can mean different things to different people and within different cultures. It also serves different purposes: to encourage egalitarianism (before karaoke, after all, few people sang in public), to learn foreign languages and improve literacy, for propaganda, and for self-expression. They devote a chapter to karaoke's origins--the common belief is that it originated in Japan, though Filipino inventor Roberto del Rosario holds the sole patent for the karaoke system, and even the Welsh have staked a claim--then look at karaoke fever in Japan and Korea, Southeast Asia, China, North America, Britain, and Europe. The concluding chapter chronicles the increasing sophistication of karaoke technology, including karaoke on the Web, karaoke video games, and karaoke on mobile phones. A cultural study that is simultaneously surprisingly erudite, entertaining, and a lot of fun."
— June Sawyers

"For a hint of mania in question, consider Karaoke. . . . The sheer extent of the craze is a revelation to those of us who are K-virgins and likely to remain so, no matter how much drink is poured."
— Nina C. Ayoub

"Karaoke, just like disease or tourism, is a lens through which broader global trends can be explored. And indeed, with a robust bibliography of sociocultural studies, this book has the air of rigorous academic inquiry. But the writers are also paid-up members of fan club--in China, they tell us, while 'a few pretentious middle-class urban professionals go to Starbucks, real people go to karaoke.'"
— New Statesman

"We may happily follow the authors on their glossily illustrated anthropological tour of karaoke. . . . There are many affirmative moments, such as a delightfully moving picture of two portly men in towels serenading one another in a Russian sauna."
— Steven Poole

"The strength of Karaoke is in the diversity and breadth of its material. Xun and Tarocco offer a perceptive outline of this captivating medium, raising nearly as many questions as  they answer and supplying scholars and karaoke fans with provocative fodder for further inquiry."–International Journal of Communication
— Meghan Drury Askins