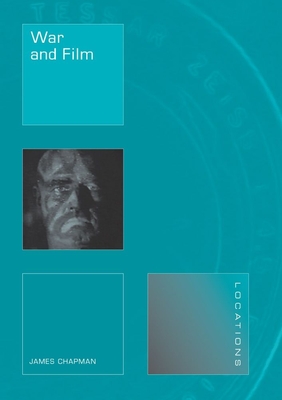 From the onset of the film medium, directors have found war an endlessly compelling and fruitful subject for their art. In War and Film, Chapman explores their fascination as well as audiences’ enduring need to examine and experience the vicissitudes of war.
Chapman examines the issues of truthfulness and realism that arise in depictions of war, whether in the supposed truth telling of war documentaries or Hollywood battle scenes that are “more realistic than the real thing.” The book considers films from the U. S., Britain, and Europe, and the national responses to cinematic depictions of particular conflicts. In case studies of such legendary works as Das Boot, Apocalypse Now, and All Quiet on the Western Front, the book parses their dominant narrative themes, ranging from war as a pointless tragedy to combat as an exciting and heroic adventure. But few films, Chapman contends, probe into the deeper ramifications of war—the psychological scars left on the soldier and civilians.
A study of remarkable breadth and scope, War and Film exposes the power of cinema in shaping our perceptions of violent conflict.

Praise For War and Film (Locations)…

"Given its size, its breadth of coverage in terms of both films and wars is truly impressive. This is a testament to James Chapman's expansive knowledge of the subject and astute ability to select just the right examples to make his points . . . essential reading for anyone interested in the subject, from the general reader to the specialist."–Film and History

James Chapman is senior lecturer in film and television history at the Open University. He is also the author of The British at War, Licence To Thrill, and Cinemas of the World.
Loading...
or
Not Currently Available for Direct Purchase