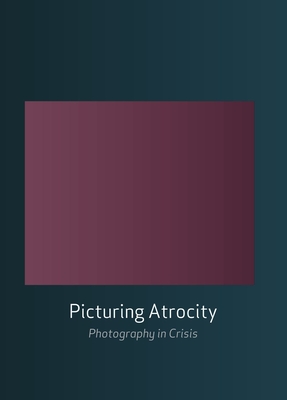 Ever since the landmark publication of Susan Sontag’s On Photography, it has been impossible to look at photographs, particularly those of violence and suffering, without questioning our role as photographic voyeur. Are we desensitized by the proliferation of these images, and does this make it easier to be passive and uninvolved? Or do the images immediately stir our own sense of justice and act as a call to arms? Are we consuming the suffering of others as a form of intrigue? Or is it an act of empathy? To answer these questions, Picturing Atrocity brings together essays from some of the foremost writers and critics on photography today, including Rebecca Solnit, Alfredo Jaar, Ariella Azoulay, Shahidul Alam, John Lucaites, Robert Hariman, and Susan Meiselas, to offer close readings of images that reveal the realities behind the photographs, the subjects, and the photographers. From the massacre of the Sioux Indians at Wounded Knee to the torture of prisoners at Abu Ghraib, from famine in China to apartheid in South Africa, Picturing Atrocity examines a broad spectrum of photographs. Each of the essays focuses specifically on an iconic image, offering a distinct approach and context, in order to enable us to look again—and this time more closely—at the picture. In addition, four photo-essays showcase the work of photographers involved in the making of photographs of brutality as well as the artists’ own reflections on these images. Together these essays cover the historical and geographical range of atrocity photographs and respond to current concerns about such disturbing images; they probe why we as viewers feel compelled to look even when our instinct might be to look away. Picturing Atrocity is an important read, not just for insights into photography, but for its reflections on human injustice and suffering. In keeping with that aim, all royalties from the book will be donated to Amnesty International.

“Picturing Atrocity is an excellent examination of the dilemmas implicit in photography’s representation of human suffering, whether caused by torture, war, poverty, the political chaos and neglect that multiplies the toll from natural disasters (as in Africa’s Horn region today), or other gross rights violations. Multilayered and lucid, these essays demolish any lingering pretence that images of suffering can be understood without also considering the context and media in which they are presented, and the often far-from-the-scene viewer who consumes them. Picturing Atrocity is critical reading for communicators in the aid, development and human rights communities who participate in the dissemination of these essential but volatile images.”

“It is hard to look: My Lai, Dachau, Abu Ghraib, Wounded Knee. We know these atrocities through the painful evidence of unforgettable documentary photographs. But these images are far from innocent. Just as ‘atrocity’ itself is a loaded term, every photograph of such an event is a bit of high-level propaganda in a moralized political argument, encouraging the viewer to bear witness, make judgments, take sides. This important new collection of essays by some of the most brilliant analysts of photography shows how deliberately horrifying pictures have shaped—and continue to shape—the ethics and politics of the modern era.”

“There are some subtle and effective examinations of the space where art and horror meet, and what’s notable throughout is the way the text surrounds the terrible images in an almost Lilliputian attempt to restrain their power.”
— The Australian

“For all the monographic studies and collected volumes, however, even those devoted specifically to photography, none has explored the terrain as expansively or assiduously as Picturing Atrocity. . . . An ambitious and important book, each essay offering an illuminating encounter with a fragment of the photographic archive of injustice and suffering. . . . As much an encounter with the history of modernity as it is with the medium of photography, Picturing Atrocity is a deeply ethical study of images. . . . This volume, with its concise yet purposeful introduction by Jay Prosser and its consistently persuasive and engaging essays by the other editors and contributors, makes a case for why photography, whatever its forms, mattered then, matters now, and will continue to matter in the years to come.”
— CAA reviews