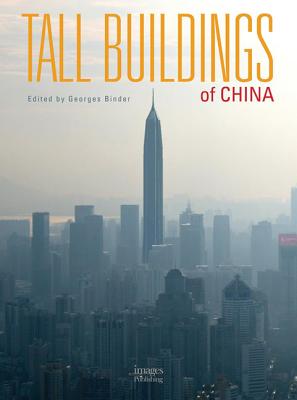 Featuring the tallest buildings and skyscrapers from China, the global economic powerhouse--spectacular designs from the world's most populous nation. Stunning full-color photography throughout. This breathtaking new compilation showcases the latest tall buildings in China, including the cities of Beijing, Shanghai and emerging super-cities in the provinces. Georges Binder examines the best in contemporary design, the technology that makes them possible, and pairs them with beautiful imagery. Binder says "If Shanghai was already accommodating tall buildings in the 1930s with projects such as Bank of China and Broadway Mansion, both designed by Palmer and Turner, it was the 52-storey Connaught Centre in Hong Kong, now Jardine House, designed by P&T that put Asia on the worldwide skyscraper map in 1973. Architect John Portman created a milestone in 1990 when his mixed-use Shanghai Centre became the first major tall building in mainland China completed according to international standards. At that time, only two buildings in Hong Kong were part of the 100 world's tallest buildings list and none were located in mainland China. Twenty-five years later, when the 660-metre, 115-storey Ping An Finance Center in Shenzhen, designed by Kohn Pedersen Fox Associates, becomes China's tallest and the world's second-tallest building in 2015, more than 40 of the 100 world's tallest buildings will be located in China and the country will have on its soil by far the highest number of supertall projects compared with any other country; a trend that is not expected to change soon. These skyscrapers are a fitting symbol of China's new-found prosperity, ambition and architectural flair.

Georges Binder is the managing director of Buildings & Data SA. The Brussels-based firm specializes in research, marketing and editorial and media services for architects and developers. A 35-year special interest in high-rise buildings led Georges--who has compiled a comprehensive data bank that includes facts, plans, original marketing brochures and images of thousands of high-rises and other major significant projects from around the world--to be involved in several publications, research, exhibitions and editorial activities focusing on tall buildings. In October 2012, the Council on Tall Buildings and Urban Habitat (CTBUH) recognized Georges as a CTBUH Fellow to honour his commitment to the well-known Chicago-based organization as well as the sharing of his tall buildings knowledge.
Loading...
or
Not Currently Available for Direct Purchase