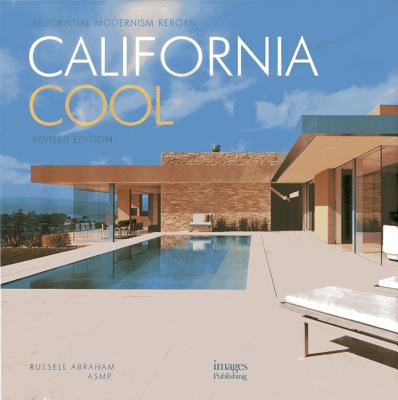 -Highly successful title, revised and updated with new content -Features work by Dean Nota, Swatt - Miers, Jim Jennings, Scott Johnson, Kim Coleman, Craig Steely, Steven Shortridge and Jonathan Feldman among others California Cool is a journey that takes you through Southern California's beach towns, to the rolling surrounds of San Francisco Bay, and to the lush vineyards of Napa and Sonoma, this book examines residential design in both urban and rural settings. Russell Abraham's striking architectural images and insightful writing give a unique human face to the architecture and their works. This revised edition includes new projects that complement and update the beauty that is California style.

Russell Abraham is one of the leading architectural photographers and emerging architectural writers in the United States. He has the unique ability both to write about and to photograph architecture in an incisive way. His work has appeared in numerous books and trade journals on architecture and interior design. He has mentored and trained many well known architectural photographers practicing today. This book is the fifth he has either written or photographed a significant part of and the second that he has created in its entirety.As a young man, Abraham migrated west from his native Pennsylvania to attend the University of California, Berkeley, where he earned degrees in architecture and design. Along the way, he found peering through the camera lens more interesting than peering at the drafting table. He started his professional career as a photojournalist, but was drawn back to architecture early on. Over the years, he has worked with many of the West Coast's leading architectural firms. He enjoys being part of the creative process and has an insider's view of architecture.
Loading...
or
Not Currently Available for Direct Purchase