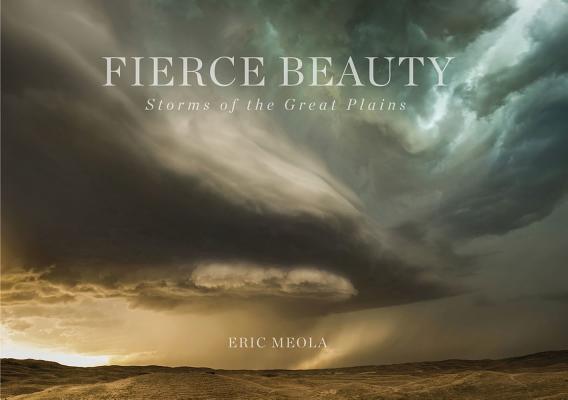 Storms of the Great Plains

Features more than 100 atmospheric photographs of tornadoes, lightning, dust storms, and storm phenomena taken during four decades of personal trips to the Great Plains and during seven seasons of chasing storms, from 1977 to 2019Chronicles Eric Meola's initiation into storm chasing during a trip to Nevada with Bruce Springsteen in the late 1970s to make photographs that eventually would be used on Springsteen's album The Promise, and which he documented in the song 'The Promised Land'Features several extracts of storm-chasing experiences by renowned storm chasers and meteorologists, such as Charles Chuck Doswell III, Chris Gullikson, and William T. ReidAn extensive recommended reading list of books includes Great Plains biographical texts and historical references, as well as literary fiction titles and works describing storms and tornadoes, and other meteorological themesEric Meola became interested in storms during a 1977 road trip across Nevada to photograph an album cover for musician Bruce Springsteen. While driving in the desert they encountered a violent storm, and Springsteen wrote a song about the experience called 'The Promised Land, ' saying later of those photographs: "Eric caught some great pictures but what he really captured was something in the sky and in the lay of the land that deeply revealed the grandeur and character of the country." Meola was transfixed as well by the display of nature's fury, stating: "I always wanted to go back to that day when we drove up on a hilltop and watched as lightning revealed the valley floor."Meola began to photograph the tornadic storms of the Great Plains - the area in America's heartland west of the 98th meridian and east of the Rockies. Driving through the area known as Tornado Alley - from the Rio Grande in southern Texas, north to the Canadian provinces of Alberta and Saskatchewan - he photographed a forbidding landscape where atmospheric instability collides with moisture from the Gulf of Mexico and spectacular cumulonimbus clouds form at twilight. Over a period of several years he documented a landscape of elemental forces, where immense storms percolate miles above the ground, rotating with energy until tornadoes spin on the horizon. And he discovered a country of haunting beauty where the wail of coyotes and the glow of constellations fill the prairie's void with simple graces. "This book extends that narrative and reaches something profound," says Bruce Springsteen of these new photographs.Fierce Beauty: Storms of the Great Plains includes more than 100 photographs of tornadoes, lightning, dust storms, and storm phenomena, as well as a detailed and vivid description of a moment-by-moment close encounter with a cataclysmic tornado by renowned storm chaser and meteorologist William T. Reid.

Eric Meola's photographs are included in the archive of the American Society of Media Photographers (ASMP), the National Portrait Gallery in Washington, D.C., the International Center of Photography in New York City, and the George Eastman Museum in Rochester, New York. His previous books include Born to Run: The Unseen Photos (Insight Editions, 2006), and INDIA: In Word & Image (Welcome Books, 2008). He has won numerous awards, including the 'Advertising Photographer of the Year' award in 1986 from the American Society of Media Photographers. In 2014, he received the 'Power of the Image' George Eastman award as part of ceremonies and an exhibition in Beijing, China.
or support indie stores by buying on