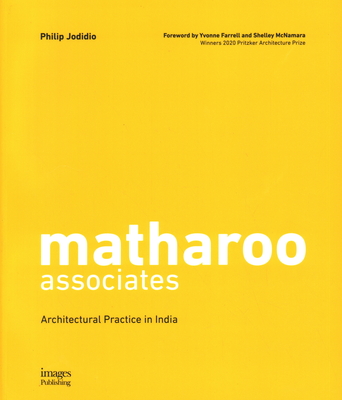 Founded in 1992, matharoo associates is headed by principal architect Gurjit Singh Matharoo, who has played a significant role in reviving the Indian architectural scene with a diverse range of projects that are inventive, innovative, playful. Gurjit Matharoo and his team have been the winners of numerous international awards, including several given by the Architectural Review (London) - for the Emerging Architecture Awards Cycle. The Ashwinikumar Crematorium (Surat, Gujarat), the first gas-fired facility in the country, was the Editor's Choice selected by Peter Davey in 2003 and Prathama Blood Center (Ahmedabad), the largest blood center in India, was the Recommended Entry in 2005. In 2009, Curtain Door (House with a Wall of Light) was declared the Winner of the Emerging Architecture Award and the following year House with Balls (Ahmedabad, 2007) won the top prize in the AR 2010 House Awards. In 2012, Matharoo was shortlisted for the BSI Swiss Architectural Awards and invited to present his work at the 2017 Bienal De Chile and twice consecutively at the Venice Architecture Biennale curated by Alejandro Aravena in 2016 and Grafton Architects in 2018. And in 2014, Gurjit Matharoo was awarded a Fellow of the Royal Institute of British Architects (RIBA).
or support indie stores by buying on