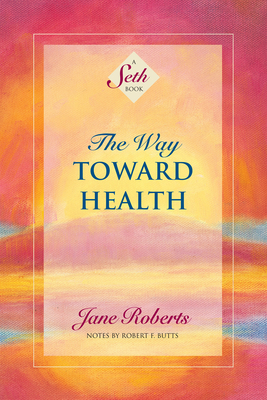 The Way Toward Health

From the Bestselling Author of Seth Speaks

In September 1984, the voice that had spoken for one of the most profound and prolific metaphysical teachers of the 20th century fell silent. Seth, the entity who described himself as an “energy personality essence no longer focused in physical matter,” had spoken exclusively through Jane Roberts since 1963. During the long illness that led to her death, Jane continued to channel Seth from her hospital bed, but this final work was left unfinished.

Now, in The Way Toward Health, Jane’s husband, Robert Butts, shares with us the intimate story of Jane’s final days, and the exquisite teachings that Seth gave during that time. In an examination of the miracle of life in a human body, Seth speaks about:

“Do not think of the mind as a purely mental entity, and of the body as a purely physical one. Instead, think of both mind and body as continuing, interweaving processes that are mental and physical at once. Your thoughts actually are quite as physical as your body is, and your body is quite as nonphysical as it seems to you your thoughts are. You are actually a vital force, existing as a part of your environment, and yet apart from your environment at the same time.”

— Jane Roberts, speaking for Seth in The Way Toward Health

Praise For The Way Toward Health: A Seth Book…

Praise for The Seth Books by Jane Roberts

“The Seth books present an alternate map of reality with a new diagram of the psyche . . . useful to all explorers of consciousness.”  — Deepak Chopra, M.D., author of The Seven Spiritual Laws of Success

“Seth was one of my first metaphysical teachers. He remains a constant source of knowledge and inspiration in my life.”  — Marianne Williamson, author of A Return to Love

“I would like to see the Seth books as required reading for anyone on their spiritual pathway. The amazing in-depth information in the Seth books is as relevant today as it was in the early ’70s when Jane Roberts first channeled this material.”  — Louise Hay, author of You Can Heal Your Life

“The Seth books were of great benefit to me on my spiritual journey and helped me to see another way of looking at the world.”  — Gerald G. Jampolsky, author of Love Is Letting Go of Fear

“As you read Seth’s words, you will gain more than just new ideas. Seth’s energy comes through every page — energy that expands your consciousness and changes your thoughts about the nature of reality.” — Sanaya Roman, author of Living with Joy

Jane Roberts (May 8, 1929 – Sept 5, 1984) grew up in Saratoga Springs, New York where she attended Skidmore College. She was a prolific writer in a variety of genres including poetry, short stories, children’s literature and fiction when in 1963, she began to receive messages from a non-physical energy personality who called himself “Seth.” Her husband, Robert F. Butts, an artist and writer, recorded the messages and together they dedicated their lives to the publication of Seth’s teachings.

Today, the “Seth Books” are world-renowned for comprising one of the most profound bodies of work ever written on the true nature of reality. They have become classics in the fields of psychology and personal growth, and stand out as one of the major forces that led to the New Age philosophical movement in the 1970s.
Loading...
or support indie stores by buying on
(This book is on backorder)