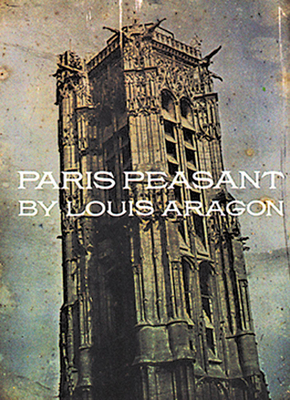 Before psychogeography, the Situationists and dream urbanism, there was Paris Peasant, a pioneering Surrealist excavation of the twentieth century's capital city

Paris Peasant (1926) is one of the central works of Surrealism, yet Exact Change's edition is the first US publication of Simon Watson Taylor's authoritative translation, completed after consultations with the author. Unconventional in form--Aragon consciously avoided recognizable narration or character development--Paris Peasant is, in the author's words, "a mythology of the modern." The book uses the city of Paris as a stage or framework, and Aragon interweaves his text with images of related ephemera: caf menus, maps, inscriptions on monuments and newspaper clippings. A detailed description of a Parisian arcade (nineteenth-century precursor to the mini-mall) and another of the Buttes-Chaumont park, are among the great set pieces within Aragon's swirling prose of philosophy, dream and satire. Andr Breton wrote of this work: "no one could have been a more astute detector of the unwonted in all its forms; no one else could have been carried away by such intoxicating reveries about a sort of secret life of the city...."