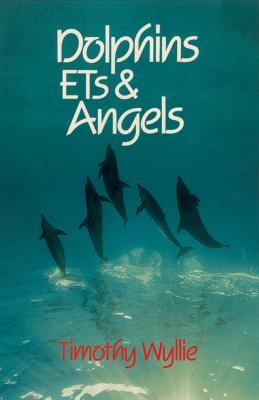 Swim with wild dolphins and learn how to listen to their quiet tendrils of telepathic communication. Encounter an ET and learn how to remain calm and casual while talking to such a presence. Most of all, expand and extend your consciousness to encompass the new energies sweeping our planet, heralded by angelic forces.

"This is a stunning spontaneous autobiography. I use the word 'stunning' psychologically, physiologically, and spiritually.

"Wyllie is an obviously highly intelligent person trained as an architect who was co-creator of a dedicated community for 15 years of highly intensive activity affording only a few hours of sleep a day. Until opened by his experiences, he was adamant in believing, as science tells us we should, only what came to him empirically via his senses. He learned how wrong his approach had been. By extension, so may we all who look to objective empirical verification as the only road to follow when determining what is true.

"Every major change in his life was initiated by an exceptional experience, which Wyllie was perceptive enough to work with and grow by, becoming more than he was before he had these startling experiences, including: being home to a nest of hallucinated snakes, an OBE in which he died and chose to come back, a visit to heaven, synchronicity, telepathic rapport with dolphins, rescue by dolphins, experiences with aliens, dreams, automatic writing, cosmic consciousness, awareness of a conscious universe, rise of psychic ability, experiences of mythic reality, a network of light, sympathizing with the devil, trance mediumship, inklings of planetary stewardship, ET experiences, and angelic experiences.

"Intertwined is the story of the evolution of the consciousness and being of the narrator, who would doubtless be certified as crazy by some, but whose sense and sensibility, intelligence and humor, compassion and caring are evident from the first page to the last."
— EHE Autobiographies

Timothy Wyllie (1940-2017) was born in Great Britain and raised in London. Having wended his way through an English public school education and then seven years further study at college, he qualified as an architect. In the late 70s, Timothy began a systematic exploration of out-of-body states. This led to experiments in telepathic communication with dolphins and an open invitation to contact with nonphysical beings that continues to this day. During this time, he was also running his own business in New York City, marketing a system he had co-devised for storing and filing color photographs. He retired from the business community in 1981 and turned full time to his creative endeavors. As a musician, Timothy made several tapes of what he called "Bozon Music"--a True Age improvisational jazz, shamanic music of the heart--as well as a series of guided visualization and meditation tapes. Also an artist, he worked on a virtually endless progression of drawings of sacred landscape. It was what brought him most joy. Timothy traveled frequently to give lectures and seminars or to investigate sites and locations for his drawings. He is the author of Ask Your Angels: A Practical Guide to Working with the Messengers of Heaven to Empower and Enrich Your Life, Dolphins, ETs & Angels, the Rebel Angels series of books featured below, and a co-author of Adventures Among Spiritual Intelligences: Angels, Aliens, Dolphins & Shamans.
or support indie stores by buying on