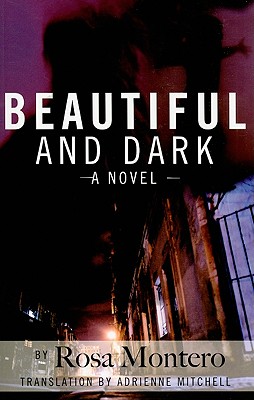 Fiction. Translated from the Spanish by Adrienne Mitchell. Combining elements of the real and the fantastic, BEAUTIFUL AND DARK (Bella y oscura) is written from the perspective of Baba, an orphaned girl taken to live with relatives in a neighborhood called El Barrio. Trying to cope with the mystery and violence of the adult world around her, she is drawn to the Lilliputian Airelei, who fascinates Baba with her fantastic tales that mix myth and memory. In her most thoughtful novel to date, Rosa Montero brilliantly combines intrigue and imagination with personal insight into human nature--Javier Escudero, World Literature in Review.

Born in Madrid in 1951, Rosa Montero has been a journalist for Madrid's daily newspaper, El Pais, since 1976. She has published eight novels, many of which have been bestsellers in Spain. Montero's novel La hija del canibal (1997) won Spain's most prestigious literary award, the Premio Primavera de Novela. Adrienne Mitchell is a literary translator and tenured professor who holds an M.Ed. in Educational Leadership with a focus on second language acquisition and pedagogy, as well as an M.A. in Romance Languages from the University of Oregon. Her master's thesis was on the novels of Rosa Montero. Translations by Mitchell have appeared in such publications as the Northwest Review.
Loading...
or
Not Currently Available for Direct Purchase