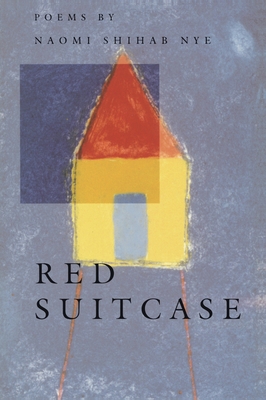 Poet, teacher, essayist, anthologist, songwriter and singer, Naomi Shihab Nye is one of the country's most acclaimed writers. Her voice is generous; her vision true; her subjects ordinary people, and ordinary situations which, when rendered through her language, become remarkable. In this, her fourth full collection of poetry, we see with new eyes-a grandmother's scarf, an alarm clock, a man carrying his son on his shoulders. Valentine for Ernest Mann You can't order a poem like you order a taco.
Walk up to the counter and say, I'll take two
and expect it to handed back to you
on a shiny plate. Still, I like you spirit.
Anyone who says, Here's my address,
write me a poem, deserves something in reply.
So I'll tell a secret instead:
poems hide. In the bottoms of our shoes,
they are sleeping. They are the shadows
drifting across our ceilings the moment
before we wake up. What we have to do
is live in a way that lets us find them. Once I knew a man who gave his wife
two skunks for a valentine.
He couldn't understand why she was crying.
I thought they had such beautiful eyes.
And he was serious. He was a serious man
who lived in a serious way. Nothing was ugly
just because the world said so. He really
liked those skunks. So, he re-invented them
as valentines and they became beautiful.
At least, to him. And the poems that had been hiding
in the eyes of skunks for centuries
crawled out and curled up at his feet. Maybe if we re-invent whatever our lives give us
we find poems. Check your garage, the odd sock
in your drawer, the person you almost like, but not quite.
And let me know.

Naomi Shihab Nye, poet, essayist, anthologist, has been a recipient of writing fellowships from the Lannan Foundation, the Guggenheim Foundation and the Witter Bynner Foundation/Library of Congress. Author of more than twenty volumes, her recent books include Mint Snowball and 19 Varieties of Gazelle: Poems of the Middle East which was selected as a National Book Award finalist in 2002. Her books of poems include Fuel (BOA Editions) and Red Suitcase (BOA). Nye's work has been featured on the PBS poetry specials NOW with Bill Moyers, The Language of Life with Bill Moyers and The United States of Poetry . She has read her work on National Public Radio's Prairie Home Companion. Poetry editor for The Texas Observer, Nye has worked for as a visiting writer in schools at all educational levels. She lives in San Antonio, Texas.
Loading...
or support indie stores by buying on