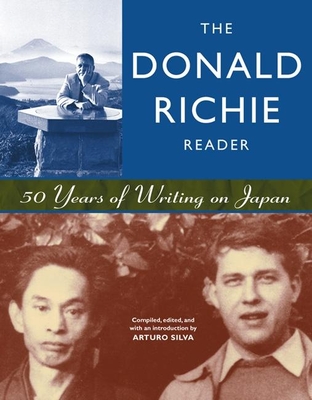 50 Years of Writing on Japan

No one has written more, or more artfully, about Japan and Japanese culture than Donald Richie. Richie moved to Tokyo just after World War II. And he is still there, still writing. This book is the first compilation of the best of Richie's writings on Japan, with excerpts from his critical work on film (Richie helped introduce Japanese film to the West in the late 1950s) and his unpublished private journal, plus fiction, Zen musings, and masterful essays on culture, travel, people, and style. With a critical introduction and full bibliography.

Donald Richie's many books include The Films of Akira Kurosawa, The Japanese Tattoo, and the PBS favorite The Inland Sea. Vienna resident Arturo Silva lived in Japan for 18 years.

Donald Richie has been writing about Japan for over 50 years from his base in Tokyo and is the author of over 40 books and hundreds of essays and reviews. He is widely admired for his incisive film studies on Ozu and Kurosawa, and for his stylish and incisive observations on Japanese culture.
or
Not Currently Available for Direct Purchase
Copyright © 2020 American Booksellers Association