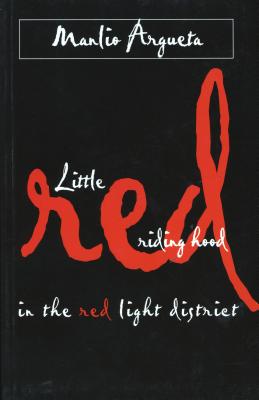 Little Red Riding Hood in the Red Light District is Manlio Argueta's most popular novel in El Salvador, translated into English for the first time by Edward Waters Hood. A kaleidoscopic tale of political romance, the story revolves around the relationship of two young lovers in a time of social upheaval, evoking characters and themes from the classic fairy tale within the wartime environment of El Salvador and its capital, San Salvador.

"Argueta's novel of poet-rebels, brother-traitors and young women wandering in a forest of wolves is an invaluable memento of [El Salvador's] exceptional past."

"Through the voices of his characters, Argueta portrays the aspirations of an entire generation."

—Claribel Alegría, author of Casting Off

Manlio Argueta was born in San Miguel, El Salvador in 1935. He left the country in 1972 and lived in exile in Costa Rica, where he taught literature and creative writing until the end of the Salvadoran Civil War. His second novel, Caperucita en la zona rosa, received the Casa de las Americas Prize in 1977. His third, Un día en la vida, was banned in El Salvador during the civil war but earned fifth place on the Modern Library's 100 best Latin American novels of the twentieth century. He currently lives in San Salvador.