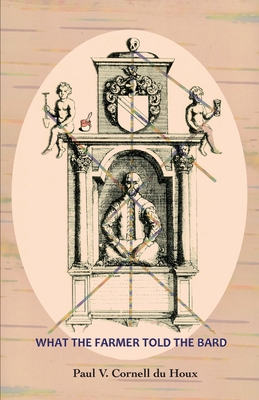 What the Farmer Told the Bard

"The novel's chief attraction is Cornell du Houx's witty, daring, allusive prose. The accounts of action, chiefly sex, are lyric and inventive . . . The dialogue scenes can take chapters to unfold, as characters explain the Slipstream or the metaphysics of sexual connection, or discuss the figure of 'the Running Christ.' Imaginative vigor pulses through descriptive scenes in which characters encounter gods and Shakespeare's fairies . . .