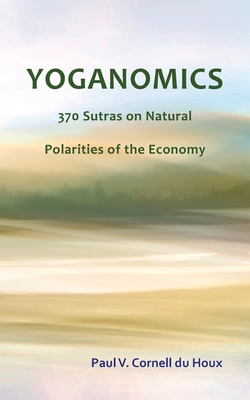 Briefly: The environment's rhythmic polarity for the health of the economy is introduced step by step with the ancient sutra. Discover nature's moral compass for the ship of state to navigate the River of Life, the Tao. Includes illustrations in color.

Background: The author grew up among several Western countries. At Amherst College, he majored separately in economics and French. His honors thesis identified the "esthetic mysticism" in the works of Gustave Flaubert. This led to his early attempts to bring cross-cultural insights to clarify a crisis some economists saw in the utilitarian way mainstream theory was moving. He decided to investigate the marketplace first-hand, rather than take the well-worn academic path that one day would lead the world economy into the Great Recession and now largely unprepared into the 2020 pandemic. Clearly, capitalism has gone begging for something more than money.

While looking for answers, Cornell du Houx wrote currency reports for the MSA consultancy newsletter in the London Square Mile, audited companies for PwC, studied law at the Inns of Court, sold computers, and with his patented improvements on an electrical connector got involved in a start-up.

The author's first gathering of sutras under the Yoganomics portmanteau was in 1979, written as a conversation piece, in the spirit of his storytelling grandfather, a Kansas farmer with a talent for making up words and combining disparate ideas with comedy. They would not be the only ones to be pleasantly surprised at further plays on the word, "economics."

Eventually, Cornell du Houx developed a math that lets us read the ethics of natural law within the environment, described with illustrative stories in Unicycle, the Book of Fictitious Symmetry and Non-Random Truth (Nature's Democratic Pi). In 2020, he decided to update Yoganomics accordingly in the ancient and succinct style of the sutra, to summarize some of the new ideas found in Unicycle.