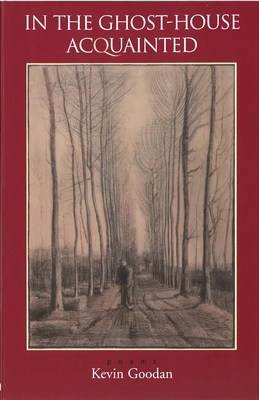 These soulful lyrics use allusive imagery and ecumenical diction to consider the pastoral as a life to inhabit, not an artifact or idealized place to visit. Here, the specter of loss makes a world more precious--notions of home and love must be ever-evolving as colts are stillborn and pigeons slaughtered, apple blossoms frozen in spring and dead lambs burned in diesel fire. But, these poems insist, there is beauty in the soil and beauty in birth--and death in birth, and beauty in death, as well.

And Upon the Earth No Wind

Pigeons erupting from a barn.
Twenty-three ewes
stand at once, ice-chunks
clinking in their wool.
I call, soft, call loud
but the mare treads the snow blue.
Am I born to constant
hazard? Wood becomes
more than wood simply
by its burning. Steam
rises up from the land--
I call but do not move.
The moon rising shines even
upon all things and I can't tell
which is mare
and what's weather.
Silence in eaves ever after.


"It is rare to see a poet work so hard in the physical world--serious farm labor--and still catch a fleeting glimpse of the spirit. Kevin Goodan does this convincingly because his language is so precise and his mind knows when to jump and when to stand still. This is a remarkable book."--James Tate

Kevin Goodan's first book, In the Ghost-House Acquainted (Alice James Books) won the 2005 L.L. Winship/PEN New England Award. His poems have appeared in Ploughshares and American Poet, among others, and he has taught Creative Writing at the University of Massachusetts, the University of Connecticut, and Wesleyan University. He resides on a small farm in western Massachusetts.
Loading...
or
Not Currently Available for Direct Purchase