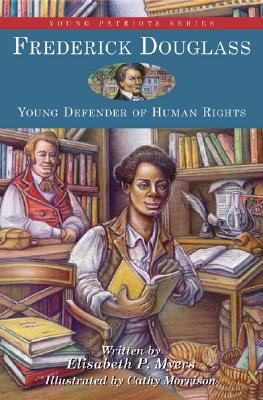 The inspiring story of Frederick Douglass’s rise from slavery to prominence as an early abolitionist and civil rights champion is featured in this volume of the Young Patriots series. Focusing on Douglass’s early years, this profile details his difficult upbringing as a slave on a Maryland plantation, his early separation from his mother, and his move as an adolescent to the home of the Auld family in Baltimore. From a young age, Douglass knew that knowledge was a passport out of slavery, and this biography reveals his fierce dedication to education. Lively drawings illustrate the climate in which he grew up and the hurdles faced on the road to equality and freedom. Special features include a summary of Douglass’s adult accomplishments, including his position as advisor to President Lincoln; little-known facts about him; and a time line of his life.

"Hook kids on history with this series."  —Learning magazine

"Children are sure to be inspired by stories of ordinary children who do extraordinary things."  —The Old Schoolhouse magazine

Elisabeth P. Myers is the author of more than 20 children's books, including some of the books in this original Childhood of Famous Americans series from which the Young Patriots series was derived. She lives in Bloomington, Indiana. Cathy Morrison is the illustrator of Ignacio's Chair and the Young Patriots series. She is a member of the Society of Children's Book Writers and Illustrators and Picturebookartists.org. She lives in Denver, Colorado.