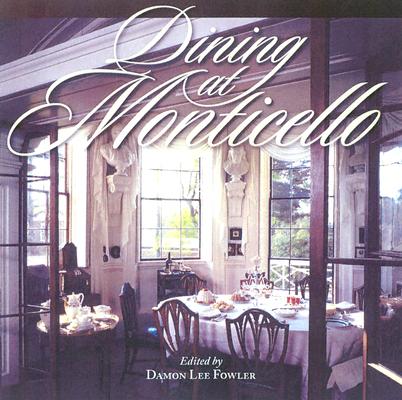 In Good Taste and Abundance (Distributed for the Thomas Jefferson Foundation)

Among Thomas Jefferson's flaws, according to Patrick Henry, was the manner in which "he has abjured his native victuals in favor of French cuisine." While Jefferson's years in Paris enhanced his fondness for French food, the offerings at Monticello incorporated Continental cuisine with more common Virginian fare, yieldin a celebrated blend of cultures and traditions. Dining at Monticello: In Good Taste and Abundance combines recipes, background essays, and lush illustrations to provide an inviting view of the renowned hospitality offered at Thomas Jefferson's table.

Ten introductory essays by Monticello scholars and by outside experts illuminate all areas of food and drink at Jefferson's home, ranging from the groceries and wine imported from Europe, to the restored kitchen at Monticello, to the African Americans who participated in this rich food culture at every stage. Following these essays are seventy-five recipes found in the family manuscripts, some written in Jefferson's own hand.

Updated by Damon Lee Fowler, author of Classical Southern Cooking, the recipes are authentic to the period yet accessible to the home cook. Filled with anecdotes, recipes, solid information, and beautiful color photography, this book satisfied both hunger and curiosity.