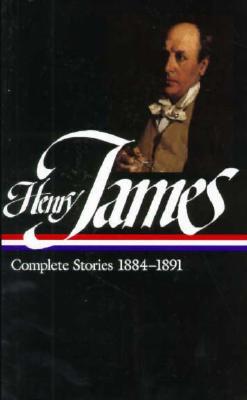 Sometimes overshadowed by his work as a novelist, Henry James’s short fiction is an astonishing achievement, a triumph of inventiveness and restless curiosity. This Library of America volume (the third of five volumes devoted to his short fiction) includes among its seventeen stories some of James’s greatest masterpieces.

“The Aspern Papers” is a stunning novella about emotional ruthlessness in the service of literary scholarship. “The Pupil” is a densely suggestive account of the moral perplexities underlying the relationship between an impoverished tutor and a young invalid. “The Lesson of the Master” is an intricate study of ambition, disappointment, and the demands of a life devoted to art. “Brooksmith” is a moving portrait of a house servant and “Sir Edmund Orme” is an enthralling ghost story.

In “The Liar,” a painter attempts to force a former love to admit that her present husband is a pathological liar; in “The Patagonia,” a young man cavalierly flirts with a young woman en route to her wedding in England, with disastrous consequences.

More than half the stories within this volume are available in no other edition.