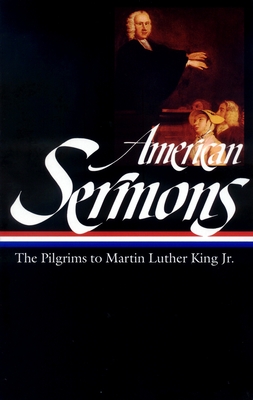 The sermon is the first and most enduring genre of American literature. At the center of the Puritan experience, it continued in succeeding centuries to play a vital role—as public ritual, occasion for passion and reflection, and, not least, popular entertainment. The fifty-eight sermons collected in this volume display the form’s eloquence, intellectual rigor, and spiritual fervor. Ranging from the first New England settlements to mass-media evangelism and the civil rights movement in the 1960s, these texts reclaim a neglected American tradition.

The Puritan sermons with which the volume opens are extraordinary in their richness of imagery, force of argument, and probing psychological insight. From John Winthrop’s visionary injunction that “wee must consider that wee shall be as a citty upon a Hill,” to Samuel Danforth’s admonition not to deviate from the divine “errand into the wilderness,” these seventeenth-century works first explored what it means to be an American.

Jonathan Edwards’s remarkable “Sinners in the Hands of an Angry God,” which stirred its eighteenth-century audiences to frenzy, shows the intensity to which the sermon could rise, while Jonathan Mayhew’s “Discourse Concerning Unlimited Submission” heralds the political thinking that led to the American Revolution.

The ferment of the nineteenth century—the Mexican War, the struggle against slavery, the Civil War—inevitably affected the sermon. Orthodoxies were challenged, and a new diversity emerged in the Unitarianism of William Ellery Channing, the Transcendentalism of Ralph Waldo Emerson, the new Church of Latter Day Saints, and the gathering strength of the African-American sermon tradition.

The twentieth-century sermons collected here continue to wrestle with fundamental spiritual and civic concerns. They range from a homily on charity by the popular evangelist Billy Sunday to a discourse on interfaith cooperation by Abraham Joshua Heschel, and from Harry Emerson Fosdick’s controversial “Shall the Fundamentalists Win?” to John Gresham Machen’s uncompromising riposte. The achievement of the African-American sermon attains a new breadth of influence in the inspiring oratory of Martin Luther King Jr.

Michael Warner is professor of English at Rutgers University. His most recent works include American Sermons: The Pilgrims to Martin Luther King, and his essays and journalism have appeared in the Village Voice, the Nation, and other magazines.
Loading...
or
Not Currently Available for Direct Purchase