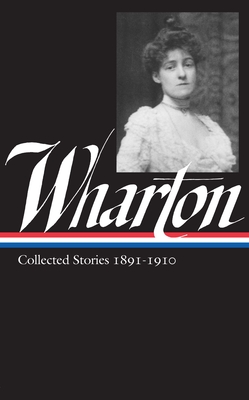 Born into an upper-class New York family, Edith Wharton broke with convention and became a professional writer, earning an enduring place as the grande dame of American letters. This Library of America collection (along with its companion volume, Collected Stories: 1911–1937) presents the finest of Wharton's achievement in short fiction, drawn from the more than eighty stories she published over the course of her career.

Opening with her first published story—the charming "Mrs. Manstey's View," about a disruption in the life of an elderly apartment-dweller—this first of two volumes presents a writer, already at the height of her powers, beginning to explore the concerns of a lifetime. In "Souls Belated," two lovers attempt to escape the consequences of their adultery—a subject to which Wharton returns throughout her career. In "The Mission of Jane" (about a remarkable adopted child) and "The Pelican" (about an itinerant lecturer), she discovers her gift for social and cultural satire. Perhaps the finest of her ghost stories, "The Eyes," with its Jamesian sense of evil, is also included, along with two novella-length works, "The Touchstone" and "Sanctuary," revealing the dazzling range of Wharton's fictive imagination.

Also included in this edition are a chronology of Wharton's life, explanatory notes, and an essay on the texts.

"Wharton's examinations of upper-class New York society were rendered in effortless prose so subtle that many readers missed the depth and breadth of her art.  These two collections of short fiction belong on the shelves of anyone who loves literature." —Dallas Morning News

"A splendid and satisfying publication, and a landmark in the history of Edith Wharton’s ever-shifting reputation." —New York Review of Books

Maureen Howard, the editor of this volume, is the author of numerous novels, including Grace Abounding, Expensive Habits, and Natural History, all of which were nominated for the PEN/Faulkner Award. She has taught at a number of American universities, including Columbia, Princeton, Amherst, and Yale, and was awarded the Academy Award in Literature by the American Academy of Arts and Letters.