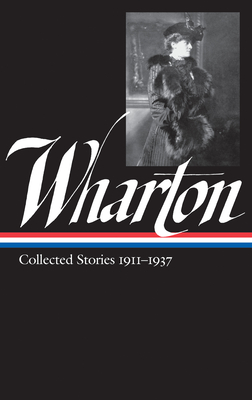 Library of America presents the second volume in a landmark two-volume collector's edition of the incomparable stories of an American master.

Born into an upper-class New York family, Edith Wharton broke with convention and became a professional writer, earning an enduring place as the grande dame of American letters. This Library of America collection (along with its companion volume, Collected Stories: 1891–1910) presents the finest of Wharton's achievement in short fiction, drawn from the more than eighty stories she published over the course of her career.

In this volume, Wharton’s humor is abundantly evident in sly and subtle stories like “Xingu” (in which a ladies’ reading group is led to express its enthusiasm for an occult philosophy) and “Charm Incorporated” (about a mild-mannered Wall Street executive overwhelmed by his émigré wife’s needy but wonderful relatives). As always, Wharton’s is a provocative voice on the subject of sexuality and women’s roles. In “The Day of the Funeral,” “Joy in the House,” and “Atrophy,” love and desire confront the demands of polite society; in “Roman Fever,” a formal tour de force, two middle-aged women on holiday with their modern daughters revisit the fierce competitiveness of their own youth.

Of particular interest are Wharton’s stories of the uncanny and the supernatural, like the grisly “A Bottle of Perrier,” set in the North African desert, and the chilling “All Souls’,” written just before her death. An unacknowledged master of American horror fiction, Wharton’s lucid prose makes all the more powerful her exploration of the irrational forces underlying ordinary life.

Also included in this edition are a chronology of Wharton’s life, explanatory notes, and an essay on the texts.

"Wharton's examinations of upper-class New York society were rendered in effortless prose so subtle that many readers missed the depth and breadth of her art.  These two collections of short fiction belong on the shelves of anyone who loves literature." —Dallas Morning News

"A splendid and satisfying publication, and a landmark in the history of Edith Wharton’s ever-shifting reputation." —New York Review of Books

Maureen Howard, the editor of this volume, is the author of numerous novels, including Grace Abounding, Expensive Habits, and Natural History, all of which were nominated for the PEN/Faulkner Award. She has taught at a number of American universities, including Columbia, Princeton, Amherst, and Yale, and was awarded the Academy Award in Literature by the American Academy of Arts and Letters.