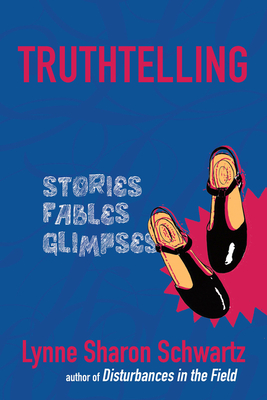 “[Schwartz’s] insights are at once sympathetic and drenched with irony."
— The  New York Times  on Rough Strife

“Disturbances in the Field seems a more-than-welcome return to a classic idea of the novel... A wonder to read... I can think of no other contemporary writer who writes so well, with such rich sensuality.”
— Los Angeles Times Book Review

“Wonderful... It goes beyond literature and philosophy to a tough, battered truth.”
— The  New York Times  on  Disturbances in the Field

— Kirkus Reviews  on Disturbances in the Field

“The book has the architecture of a sonata.”
— San Jose Mercury News  on Disturbances in the Field

"[R]eading Schwartz is like a pleasurable visit with a thoughtful and articulate friend."

— Kirkus Reviews on This is Where We Come In

"Lynne Sharon Schwartz reaches into her heart, examines its intricacies, tinkers with little broken bits, and shows us what she’s learned—daring us to try this risky procedure at home."
— Los Angeles Review of Books on This is Where We Come In

“Schwartz is a connoisseur of anguish, especially survivor’s guilt, yet she is also an adept choreographer of romance. Incisive, unafraid to flirt with melodrama in pursuit of a compelling story, acutely descriptive yet to the point, she now brings to fiction the era-defining tragedy of September 11, 2001... [T]his is also a richly nuanced love story, a tale of earned trust and courageous receptivity in a time of fanaticism and war.”
— Booklist   Starred Review on The Writing on the Wall