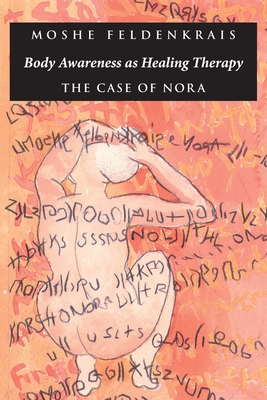 The Case of Nora

Body Awareness as Healing Therapy: The Case of Nora is Moshe Feldenkrais' classic study of his work with Nora, a woman who has suffered a severe stroke and lost her neuromuscular coordination, including the ability to read and write. Feldenkrais uses rational and intuitive approaches to help his student relearn basic motor skills. One can observe here the groundwork of Feldenkrais' extraordinary insights which became known as the Feldenkrais Method. We follow his detailed descriptions of the trial and error process which led him to see the ingredients that were needed to help Nora reshape her attention, perception, imagination and cognition.

Praise For Body Awareness as Healing Therapy: The Case of Nora…

"...a rare gem. This book has inspired my students and me for over a decade with its intimate revelations detailing how Feldenkrais went about solving the problems of his case. It is of interest to medical practitioners who work directly with the body, as well as educators and psychotherapists."
-Don Hanlon Johnson, author of Body, Spirit and Democracy

"...an important literary and scientific achievement that reveals Feldenkrais' bold and original insights about learning and the brain. Nora's story is an inspiring account of the nervous system's ability to heal from trauma and the remarkable human capacity to learn."
-Mark Reese, so-author of Relaxercise

Moshe Feldenkrais, D.Sc., is the founder of what is today called the Feldenkrais Method. As a result of suffering debilitating injuries Feldenkrais began an intense exploration into the relationship between bodily movement and healing, feeling, thinking, and learning. In the process of healing himself, Feldenkrais made revolutionary discoveries, culminating in the development of the method that now bears his name. There are two aspects to his method: an individual manipulatory technique of neuromotor education called Functional Integration and a group technique called Awareness Through Movement. His unique and subtle approach to facilitating human change and to improving functioning is spelled out in a number of influential books, including: Awareness Through Movement, Body and Mature Behavior, and The Elusive Obvious. Dr. Feldenkrais was also the author of a number of books about Judo and one of the first Europeans to hold a black belt in the art. Today there are nearly four thousand Feldenkrais Method Practitioners around the globe. His insights contributed to the development of the new field of somatic education and continue to influence disciplines such as the arts, education, psychology, child development, physical and occupational therapy, sports enhancement, and gerontology.
Loading...
or support indie stores by buying on