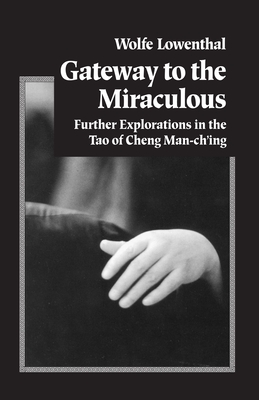 Gateway to the Miraculous

Further Explorations in the Tao of Cheng Man Ch'ing

This book is a sequel to Wolfe Lowenthal’s first book: There Are No Secrets. Like the previous book, it is about his teacher, the great Cheng Man-ch’ing, the art of Tai Chi Chuan, and his experience as a student and teacher.

Wolfe Lowenthal was born in Pittsburgh, PA in 1939 and attended Carnegie Mellon. He has worked as an anti-war activist, a typesetter, and a screen writer. In 1967 he studying Tai Chi Ch’uan with Professor Cheng Man-Ching, eventually becoming an assistant. After Professor Cheng’s death in 1975, Lowenthal began teaching Tai Chi. He lives with his wife and young son in New York, where he studies and teaches at his school, The Long River Tai Chi Circle. He is the author of a previous book about Professor Cheng, There Are No Secrets, published in 1991.
Loading...
or
Not Currently Available for Direct Purchase