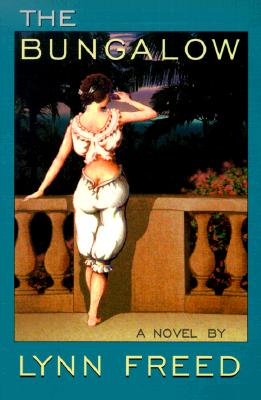 Narrator Ruth Frank continues the fascinating story of her Jewish family and its privileged circle begun in the celebrated novel "Home Ground. The Bungalow" is set in a "glorious South African landscape in which bats swoop and squeal, monkeys steal bananas, flying ants cloud the light bulbs and people carry on their regular lives within smaller and smaller circumferences."

"Ms. Freed portrays the theatrical atmosphere in which class and taste are assessed and sustained through clothes, food, hairstyles and interior decoration, while the black servants vacuum and cook, argue and laugh, until they are finally sent off duty to the back of the house, leaving the whites a fragile privacy at the end of the day, when sherry is poured from cut-glass decanters... Ms. Freed avoids simple labels of good and bad, and that is what makes her novel so arresting."-"The New York Times Book Review"

"Time, memory, identity, continuity and exile: Freed is caught up in a white South African version of expatriation in which one never finally leaves home... The refreshing aspect of her account, however, is how these deeper themes are enmeshed with a positively wicked sense of humor."-"The Boston Sunday Globe"

Lynn Freed is the author of "The Mirror, The Bungalow," and "House on a Good Street" (formerly, "Heart Change"). Ms. Freed's short stories and essays have appeared in "Harper's, The New Yorker, Atlantic Monthly, Story, The New York Times, The Washington Post," and elsewhere. She grew up in Durban, South Africa, and now lives in California.