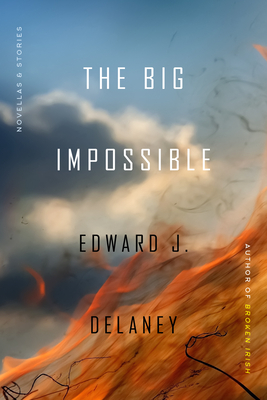 "If you've come to look for America, it's here in The Big Impossible. Taut, urgent, emotionally powerful stories about the families, workers, and dreamers who are our neighbors, and Delaney's range and sense of history make him the perfect writer to illuminate their lives." --Christopher Castellani, author of Leading Men

The short fiction in Ted Delaney's new collection explores guilt and redemption, aspiration and failure, and the stubbornness of modest hopes. The usual mileposts are fading, and choice is in the context of institutions and assumptions that are no longer holding steady.

In "Clean," a man waits for inevitable justice to come, as much as it will play against him. In "House of Sully," a working-class family navigates the tumultuous year that 1968 was, as new perceptions shake long-held and dependable, if sometimes misguided, beliefs. Other stories examine the inner life of a school shooter, the comical posturing of writers at a literary party, a British veteran of The Great War living at a Florida retirement home but haunted by his losses, and a man's bittersweet visits to past lives via Google Street View. In the sequence set in the West, an itinerant worker moves across the Great Plains, navigating stark landscapes, trying for foothold.

The Atlantic's C. Michael Curtis praised Ted Delaney's debut collection for its "moral intensity . . . in the tradition of writers as varied as Ethan Canin and William Trevor." Two decades later Delaney returns to the short fiction form with utter mastery.

Edward J. Delaney is an award-winning author, journalist, and filmmaker. His books include the novels Follow the Sun, Broken Irish, and Warp & Weft, and the short story collection The Drowning and Other Stories. His short fiction has also been published in The Atlantic and Best American Short Stories, and featured on PRI's Selected Shorts program. Among other honors, he has received the PEN/New England Award, O. Henry Prize, and a National Endowment for the Arts Fellowship. He is also the co-author of Born to Play, by Boston Red Sox second baseman Dustin Pedroia. As a journalist, Delaney has written for publications including the Denver Post and Chicago Tribune, received the National Education Reporting Award, and has served as an editor at the Neiman Journalism Lab at Harvard University. As a filmmaker, he has directed and produced documentary films including The Times Were Never So Bad: The Life of Andre Dubus and Library of the Early Mind.Born and raised in Massachusetts, Delaney has also spent time in Georgia, Florida, and Colorado, and now lives in Rhode Island, where he teaches at Roger Williams University and edits the literary journal Mount Hope.
Loading...
or support indie stores by buying on