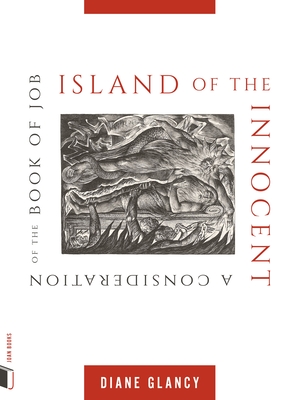 Island of the Innocent

A Consideration of the Book of Job

"A moving testament to the creative act of enduring.--Foreword Reviews, starred review

What bounty to have Glancy's great art erupt once more. --Spencer Reece, author of The Clerk's Tale and The Road to Emmaus

Every classic text should be so fortunate. --Mark Larrimore, author of The Book of Job: A Biography

There is much mystery surrounding the Book of Job. Who was he? Where was he? What prompts Job's comforters to accuse him of wrong-doing as the cause of his suffering? When were Job's words written? How did Job's wife endure her husband's ordeals? And who is innocent among us?

Island of the Innocent's narrative dramatizes how the way one looks at something shapes and changes what is seen. Voices of the trials of the Native American interject themselves into the text. There is Custer riding toward the Little Bighorn. There is a Native American doll in a museum, taken from a battlefield in western Nebraska after the massacre of Ash Hollow. There is Job, sitting in his yard chair in discomfort, among the falling leaves and his three friends.

And finally, Jehorah. Only Diane Glancy could create the missing story of Job's wife, unsilencing this biblical character and endowing her suffering with meaning. Here is Jehorah in Job's Wife:

What next? What next?--I wrote
in my book of sorrows. I keep a journal asking
God what he is doing. Once I start it's hard to stop.
I was expecting more boils on Job. More death--
more ever-ready friendly visits. But after them--
who was left?-- I ask you. where is my broom?
My head? My battle-ax?

Diane Glancy is a poet, novelist, essayist, playwright, and professor emeritus at Macalester College. Her works have won the Pablo Neruda Prize for Poetry, the 2016 Arrell Gibson Lifetime Achievement Award from the Oklahoma Center for the Book, the 2014 Lifetime Achievement Award from the Native Writers' Circle of the Americas, the 2003 Juniper Prize for Poetry for The Primer of the Obsolete, and the 1993 American Book Award for Claiming Breath. In 2018, Publishers Weekly named her book Pushing the Bear: A Novel of the Trail of Tears one of the ten essential Native American novels. Glancy's work reflects her European and Native-American descent, and frequently depicts both Native American and non-Native characters. Her latest work, Island of the Innocent: A Consideration of the Book of Job, continues and deepens her lifelong exploration of the religious and cultural dimensions of identity, both personal and collective. Her most recent books are It Was Over There by That Place (The Atlas Review Chapbook Series) and The Book of Bearings (Wipf and Stock). Glancy divides her time between Kansas and Texas.
Loading...
or support indie stores by buying on