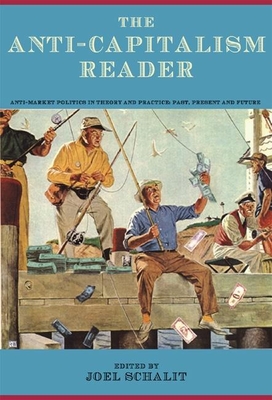 Imagining a Geography of Opposition

A refreshingly non-doctrinaire collection of writings on the theory, practice, and history of anti-capitalist politics from the most well-versed activists and scholars in the movement. Since the demonstrations against the World Trade Organization in Seattle two years ago, the world has witnessed the emergence of a brand new left. Largely focusing on such issues as third-world debt reduction and the emergence of a decidedly undemocratic transnational political order, this new progressivism is a rich and complex phenomenon which demands careful analysis to understand its ascendance ten years after the Cold War--in a time of supposed affluence and ongoing celebration of capitalism's triumph over the Soviet Union. Aimed squarely at activists and academics, as well those interested in educating themselves about the anti-market tenor of the new left, this is a comprehensive and accessible introduction to anti-capitalist politics and cultures. Contributors include SF Bay Guardian Culture editor and high-tech critic Annalee Newitz, Wall Street author and Left Business Observer editor Doug Henwood, journalist and social critic Liza Featherstone, as well as interviews with influential thinkers such as Slavoj Zizek, Frederic Jameson, Susan George, and Antonio Negri (co-author of Empire). Among the topics explored are the presence of anti-capitalist movements in everyday life, the history of anti-capitalism, strategies of anti-capitalist resistance, regionalism and anti-capitalism, and anti-capitalism and intellectual property. Includes a brief selection of some of the most historically important criticisms of the free market from the likes of Marx, Gramsci, and other Marxist, anarchist, and Situationist thinkers. Editor Joel Schalit is the author of Jerusalem Calling and editor of both Punk Planet magazine and webzine Bad Subjects: Political Education for Everyday Life. He is a regular contributor to the SF Bay Guardian. Contributors:
Megan Shaw
Rick Prelinger
Jason Meyers
Annalee Newitz
Scott Schaffer
Doug Henwood
Liza Featherstone Interviews:
Slavoj Zizek
Frederic Jameson
Susan George
Ant

Joel Schalit is the author of the critically acclaimed Jerusalem Calling, and the editor of several collections including The Anti-Capitalism Reader. His writing has appeared in Alternet, The Forward, The Guardian, and XLR8R. Schalit currently comments on Mideast politics for French global news broadcaster France 24, and is the culture editor of the New York Jewish periodical Zeek.
or
Not Currently Available for Direct Purchase
Copyright © 2020 American Booksellers Association