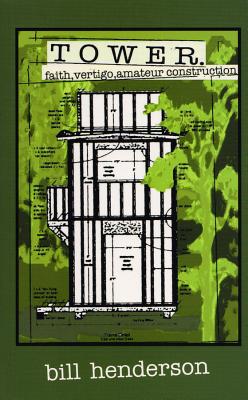 Bill Henderson had an epiphany one day after buying a plot of land high atop a hill in Maine overlooking the sea: why not build a tower "for no reason"? For this lapsed Presbyterian, it all made sense. With his spiritual life in neutral, his marriage struggling, his daughter growing up, a tower was no less appropriate than, say, hiring a shrink or buying a fast car. Ignoring the fact that he knew little about construction, and armed only with a hammer, a handsaw, a tri-square, a tape measure, and a rope, he set about erecting a modest tower upon his not-so-modest hill. Tower is Henderson's down-to-earth study of a sky-high subject that celebrates the dreamer in all of us.

Perhaps the gentlest, sweetest, most introspective and humbling tower achievement in the history of towering achievements.
— Bill Roorbach - Newsday

[The] quirkiest, most rambling and yet most charming self-help book that will appear this year.
— Publishers Weekly

[An] endearing, quixotic, vulnerable book about building a tower to save his life.
— Edward Hoagland

Wonderfully engaging...makes you want to pick up a hammer and nails and get to work!
— George Plimpton