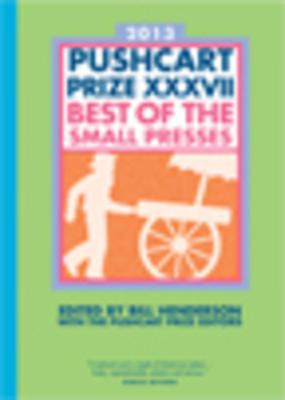 Best of the Small Presses

For well over three decades, the Pushcart Prize has presented a stunning annual celebration of stories, poems, essays and memoirs from our small presses. Once again this dynamic series proves that small is beautiful.

These 60 brilliant selections, culled from 8,000 nominations and hundreds of presses provide "essential reading" (Kirkus) for avid readers of modern literature.

The Pushcart Prize has been named a notable book of the year by the New York Times, picked for several Book-of-the-Month Club selections, hailed by Publishers Weekly "as among the most influential books" in American publishing history, and recently awarded The Ivan Sandrof Lifetime Achievement award by the National Book Critics Circle.