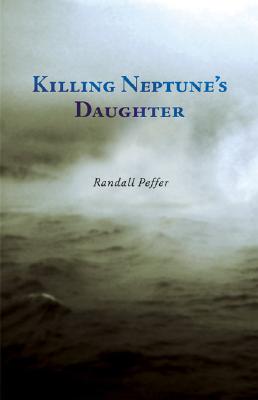 Noelle Werlin, the beautiful wife of a rock 'n' roll legend, was never able to shake the ghosts of her past, but dying at the hands of one of those ghosts never crossed her mind.

In Woods Hole on Cape Cod, Noelle grew up as Neptune de Oliveira's daughter Celestina-otherwise known as Tina the Tease. Changing her name and running away to New York as a teenager, she thought she could run away from her life of unspeakable sexual depravity on the cape.

Tina's body is found with a marlin spike through her heart, raped, and sliced up. Her cocaine addicted, philandering, rockstar husband, Butch Werlin, is the NYPD's primary suspect. But the morbid class reunion of childhood boyfriends who congregate for Tina's funeral think other-wise. They think the murderer is actually from Woods Hole, and that somehow their high school buddy Billy Bagwell has been at the center of some gruesome web since their teenage years.

This psycho-thriller carries Billy Bagwell deeper and deeper into long-repressed memories of 35-year-old crimes from the days when Billy was known as "Bagger, the crazy Bagman." As the days grow darker, Billy finds himself caught in a turbulent tide of past homoerotic encounters, lost innocence, rage, religion and lust.

Randall Peffer is the author of "Watermen, Logs of the Dead Pirates Society" and six travel guides. His writing has appeared in "Smithsonian," "Reader's Digest," "National Geographic," "New York Times," "Washington Post," "San Francisco Examiner," "Chicago Tribune" and others. This is his first novel.