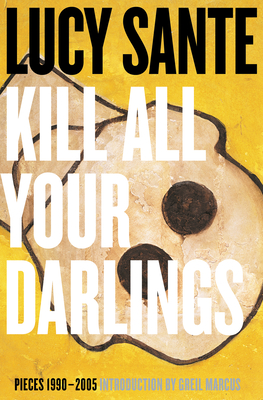 Kill All Your Darlings

In his books and in a string of wide-ranging and inventive essays, Luc Sante has shown himself to be not only one of our pre-eminent stylists, but also a critic of uncommon power and range. He is "one of the handful of living masters of the American language, as well as a singular historian and philosopher of American experience," says the New Yorker's Peter Schjeldahl. Kill All Your Darlings is the first collection of Sante's articles--many of which first appeared in the New York Review of Books and the Village Voice--and offers ample justification for such high praise. Sante is best known for his groundbreaking work in urban history (Low Life), and for a particularly penetrating form of autobiography (The Factory of Facts). These subjects are also reflected in several essays here, but it is the author's intense and scrupulous writing about music, painting, photography, and poetry that takes center stage. Alongside meditations on cigarettes, factory work, and hipness, and his critical tour de force, "The Invention of the Blues," Sante offers his incomparable take on icons from Arthur Rimbaud to Bob Dylan, Ren Magritte to Tintin, Buddy Bolden to Walker Evans, Allen Ginsberg to Robert Mapplethorpe.

Luc Sante's is a frequent contributor to the New York Review of Books and has written about books, movies, art, photography, music, and miscellaneous cultural phenomenon for many other periodicals. Sante has received a Whiting Writer's Award, a Guggenheim Fellowship, a Literature Award from the American Academy of Arts and Letters, and a Grammy (for album notes). He lives in Ulster County, New York, and teaches at Bard College.
Loading...
or support indie stores by buying on